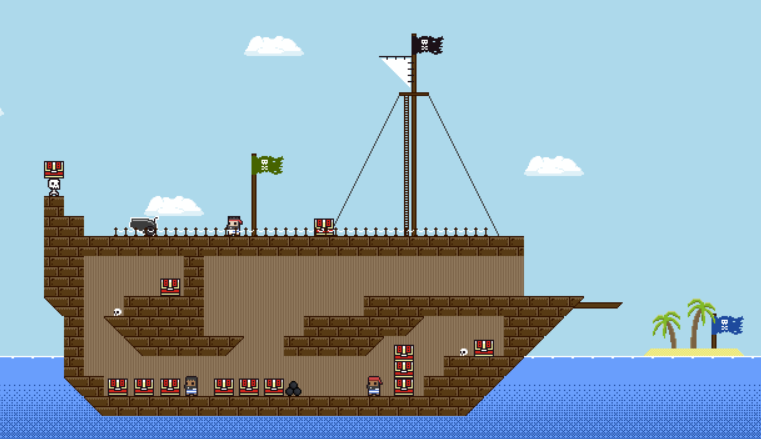 Since I'm trying to keep things more interesting than just news in recent blog posts, I'm going to take a minute to talk about how the game jam went.

From 3 PM (when the game jam started and prompt was given) to maybe 8 PM on Friday, @awyxm and I brainstormed various ideas for the "only one" prompt of the jam. We had ideas ranging from "only one pixel" (the worst idea ever) to "only one rupee" (a game about investing a single rupee over and over again) to "only one player." The "only one player" seemed to have the most traction, and we landed on the sub-idea of multiple characters being controlled as one player. Our initial idea was to have a flag in each level that the player needed to reach, but the player should only get one of the characters to the flag. 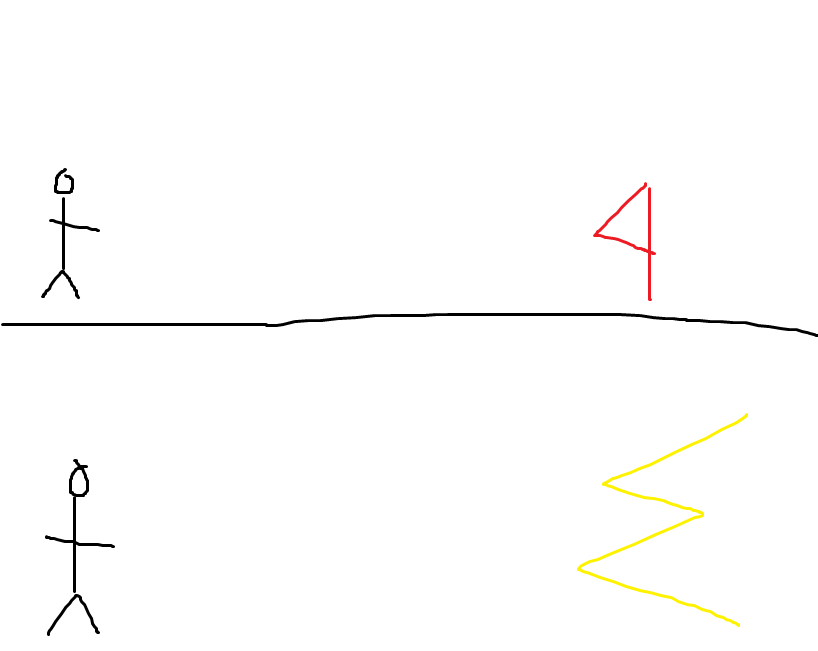 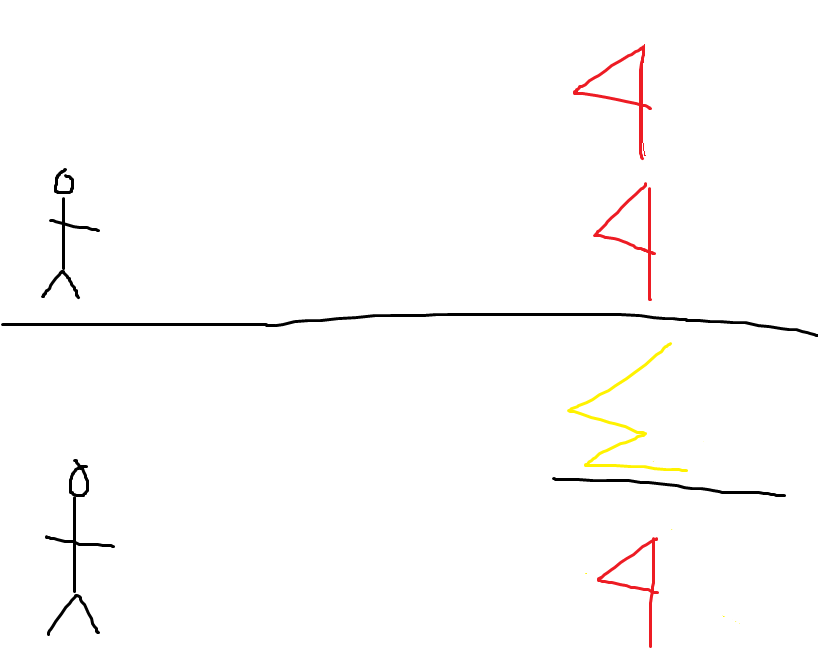 As illustrated in the design mockups above, the game would essentially be about killing off all of the player-characters except for the one needed to finish the level. @awyxm noted that this idea was similar in some respects to the prisoner's dilemma.

After we settled on a game design idea, we started piecing together the mechanical components we needed for the game in the Godot Engine. We built off of the 2D Platformer demo distributed by Godot and started getting our multiple players, flags (not shown in video), shells, and gates working. This phase was mostly executed in early day Saturday.

From this point forward, each phase starts to overlap with other ones. After the mechanical prototype was looking good, we spent some time trying to come up with a theme for the game and (since we aren't artists) find suitable assets for that theme. I came across the beautiful Pirates Tileset by Robert, and immediately fell in love. I think I was shooting for the theme of pirate hostages trying to escape the cargo hold or some kind of sadistic game played by the pirate captors. 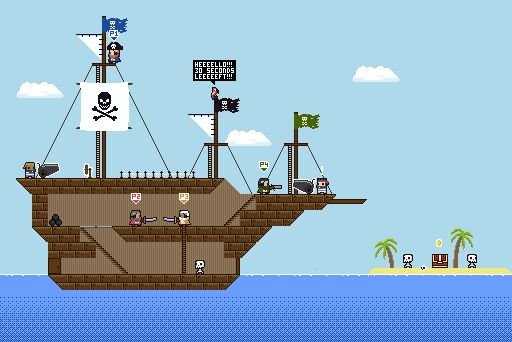 This phase also encompasses some of the work involved in finding audio, particularly the music from incompetech.com.

With design, mechanics, and assets in hand, we started putting together a test level. I believe this would be similar to what I've heard referred to as a "full vertical slice." (Shout out to Charlie Mauck for introducing me to this idea!) This test level allowed us to feel how the game would actually play.

At this point, we were all ready to plow forward with making the levels for the actual game submission, but something @nebk said combined with the difficulty of forcing the player to send multiple characters into the goal sprouted an entirely new fundamental gameplay idea around midnight—15 hours before the jam's end...

The primary principle of the new idea was that, if we made it so that the player had to collect all of the coins before hitting the flag at the end, we could force the player to deal with getting treasures with other characters, just at different times. Along with this idea came a natural re-theming of the game: the different characters could just be pirates hoarding treasure and reverse-marooning their compatriots (because why not).

With the night mostly spent, I stayed up until 6 AM putting together the planned basic tutorial levels and then one level that just showed off the features we could have used to create more interesting levels. Since I didn't expect it to be a very beatable level and half intended to make some more levels, I left the ending at the test level...

Overlapping with several other phases, we added things like the player's bouncing animation, the particle effect explosions, and the buzzer sound effect (at the time paired with the players dying, which was super amusing). I think all of these contribute significantly to the aesthetic of the game.

For the GMTK game jam, we published a build of the game to itch.io. Done and done.

With more time and more experience from the first wave of levels, I put together a few new levels that played with some of the ideas that I had floating around in my head. I came to the realization that the mechanics were difficult to force into a strict puzzle context without either violating some of my core design values for the game (e.g. obscuring which pirate should win) or allowing multiple solutions. In the end, I decided it was sufficient to make a few levels that contained some ideas without exhaustively exploring the ideas or necessarily forcing them on the player.

The additional explosion sound effect was added in this later stage of polish as well as the differentiating of pirate appearances.